Powered by the rising momentum of an historic Inaugural Season, Kansas City’s NWSL team revealed its permanent name, crest and colors at halftime of its final match of the year.

When we embarked on the process to create a brand that would be reflective of the players, the fans, ownership and the community, we asked them what they wanted from this club. The vision was clear: ambitious, fierce, elite, powerful, visionary and inclusive.

The brand needed to be authentically grounded in classic Kansas City while representing the forward momentum of a city on the rise. This city’s place in the heart of America, its strong sense of pride and the fact that KC unites two states (Kansas City is one city across two states) were also important factors provided by respondents through a series of surveys and round tables.

Most importantly, the name needed to reflect the elite level of play and determination of players who don’t want to follow in the footsteps of Kansas City men’s teams with a name that fit with the Royals or Chiefs. They’re carving their own path.

When the location search for a stadium led to the heart of the city where the Kansas River merges into the Mighty Missouri, the name Current rose to the top. The name simultaneously pays homage to Kansas City’s history and to the progressive trajectory of the club. On the banks of the river, the energy is palpable. There is a relentless rushing that never stops. Power lives here.

The new crest evolved from the elements that fans had grown to love about the inaugural crest, specifically the bold KC and the club colors. The identity system includes a wordmark and alphabet of custom, proprietary type and a system of dynamic support graphics that reflect the simultaneous movement and river and the players. 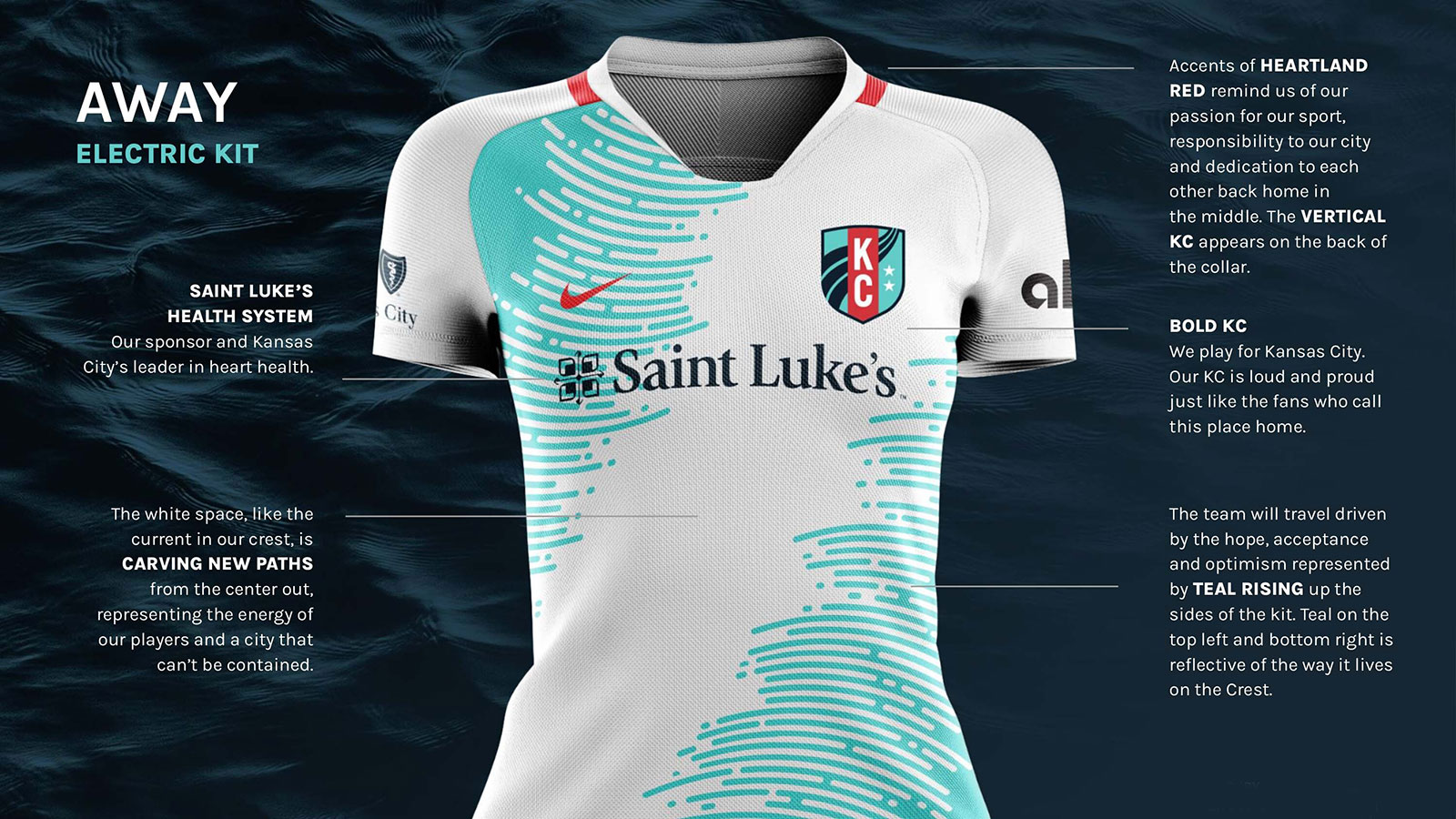 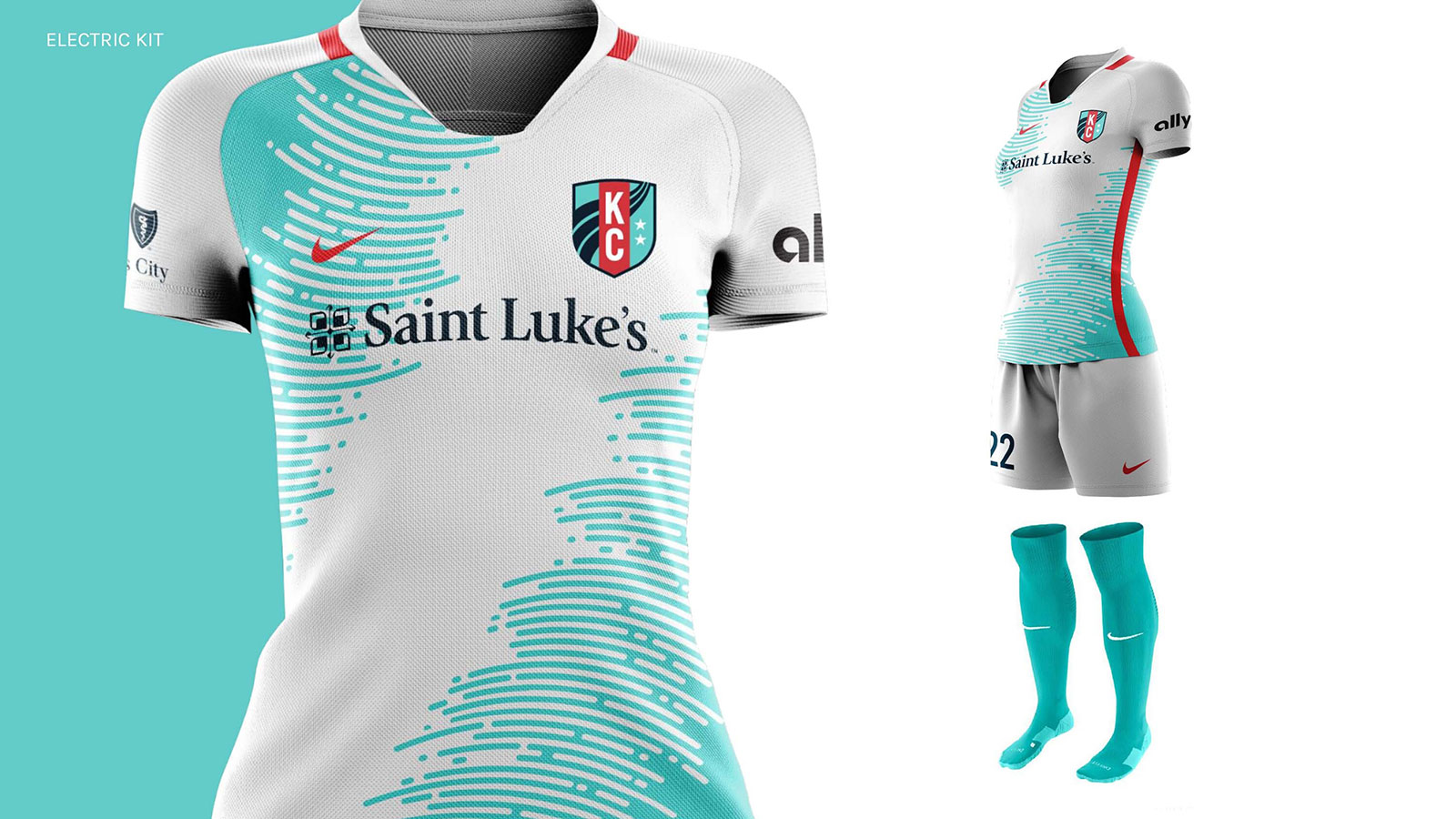 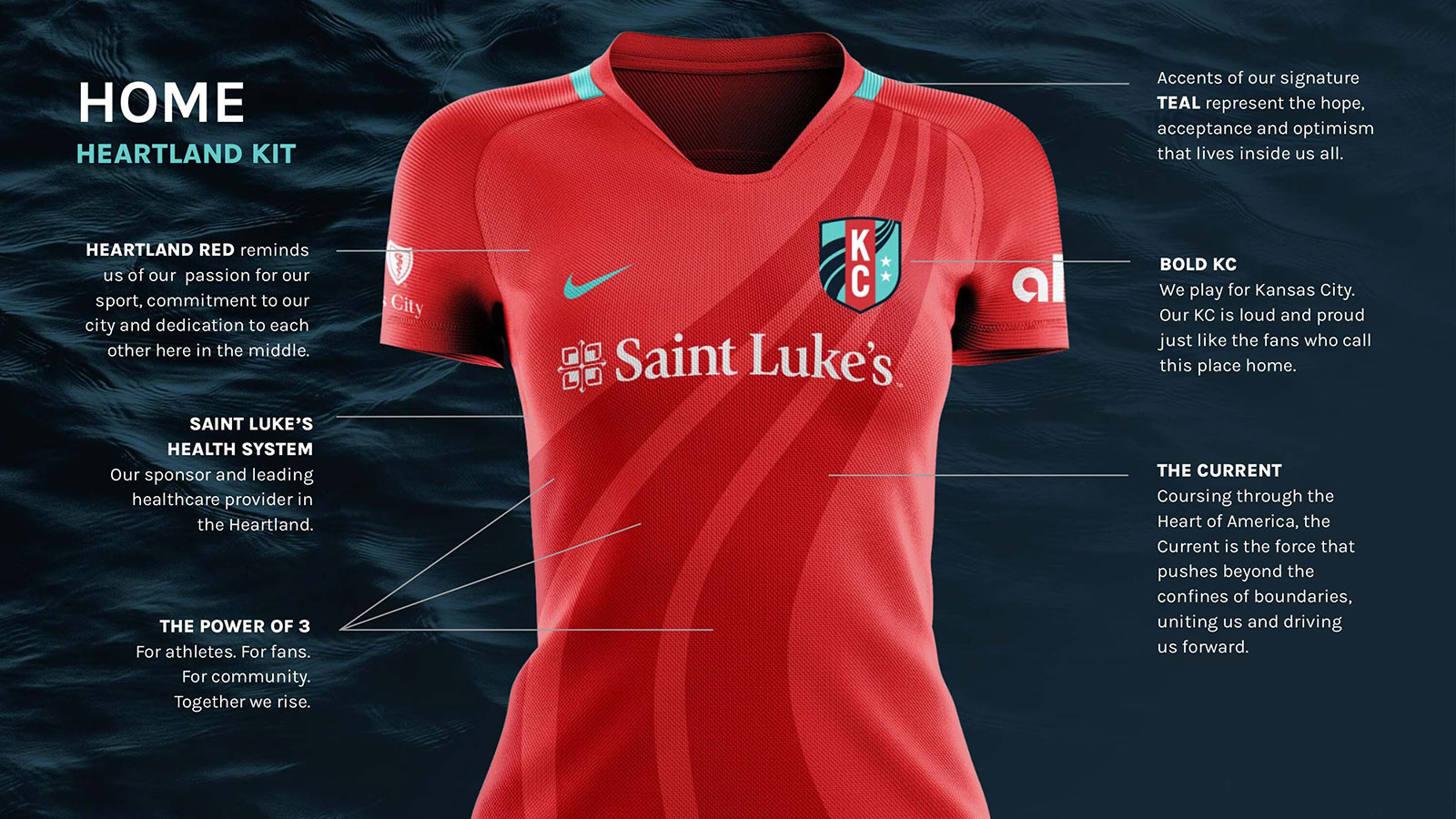 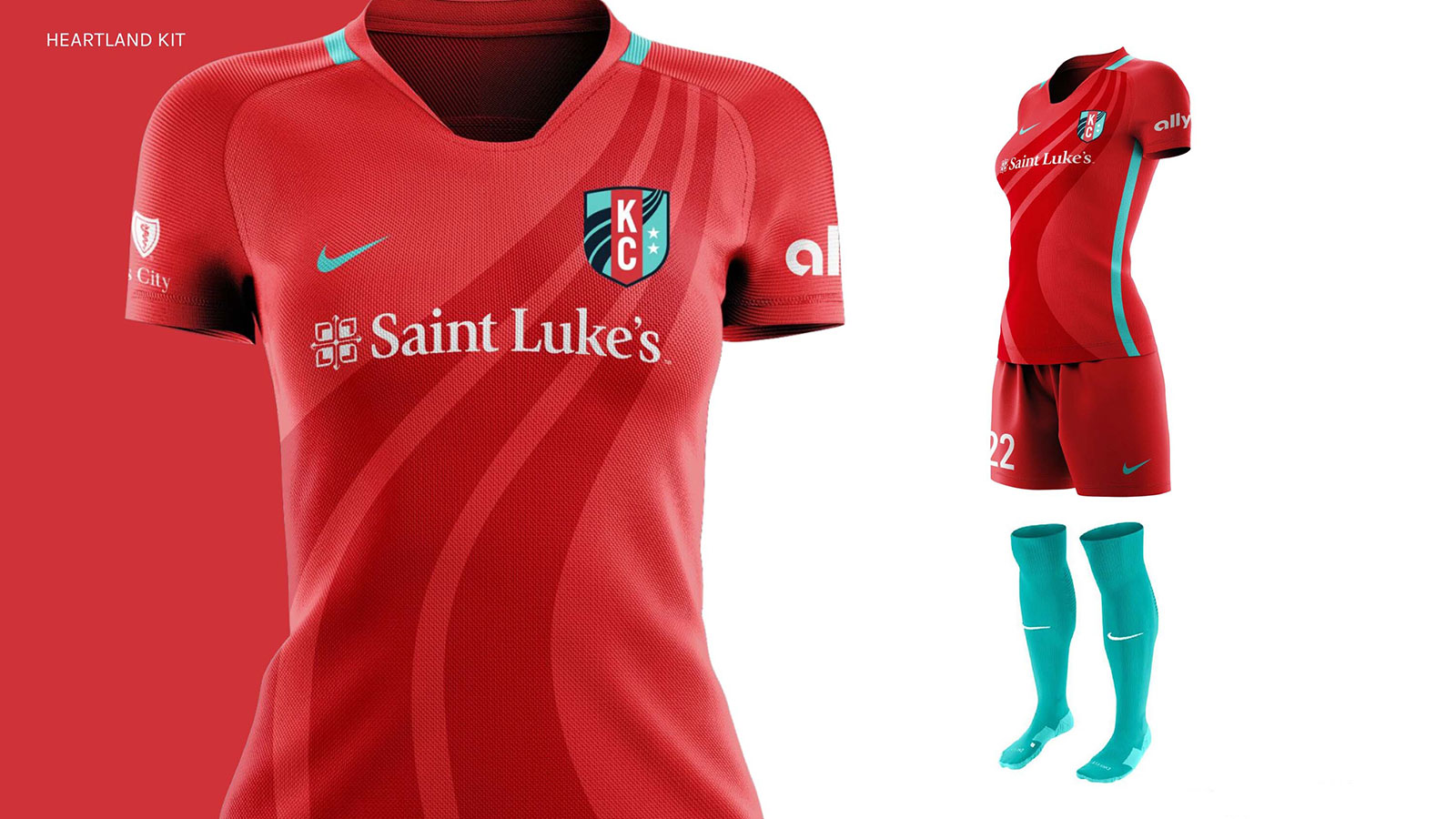 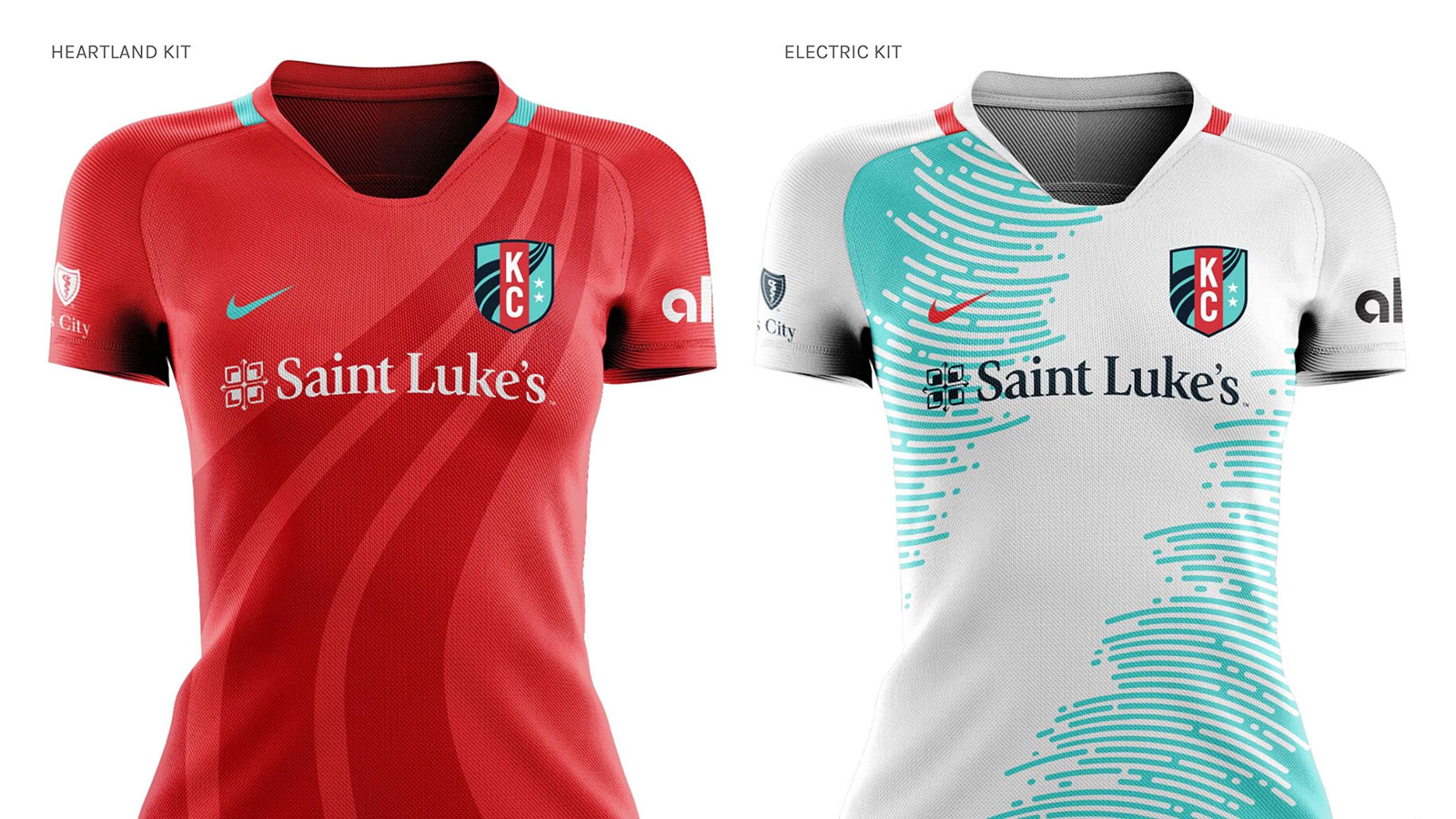 The brand announcement completed the trifecta that started with the announcement of a $15-million training facility and a $70-million stadium, one of the first built specifically for a professional women’s team, both located on the Missouri River.

Could your brand be more streamlined, engaging or irresistible? Let's talk.